It was the biggest monster that Timmy had ever seen. Usually, they hid under his bed or in his wardrobe, where they would peek at him when they thought he wasn’t looking.
But this beast, who was all muscle and hair and big teeth, would have had a job fitting in the living room.
Timmy had watched out of his bedroom window as the beast got closer and closer, gnashing its teeth and swiping trees out of their roots as though they were no more than twigs. The storm thundered and lightning came crashing down all around it, just to make it even more terrifying. However, Timmy was a brave little boy and with his mother still asleep, he took it upon himself to protect her and battle the beast alone.
Just outside Timmy’s bedroom window, a ladder ran up to the roof of the house. Despite the thundering storm and the rain that came pelting down, Timmy managed to climb it without falling. He had lodged a stick down the back of his shirt, the only weapon he could find quickly enough, and balancing himself on the roof, he took a moment to survey the beast that was howling and lumbering its way towards him.
Damn. The thing really was huge. It was covered with dark fur which had become matted by the rain and it had teeth which could have been the size of Timmy’s arm. Swallowing a lump in his throat and ignoring the cold rain which made his clothes stick to his body, he pointed his stick at the beast and shouted.
“Hey you! Leave us alone, you monster! You don’t scare me!”
“RAAAAAARGH!”
The beast was now close enough for the force of the beast’s voice to almost send Timmy falling from the roof. However, he kept his balance and tried again, his voice straining so much that his throat burned.
“Didn’t you hear me?! Go away!”
The beast ignored Timmy and as he came closer and closer to the house, he felt sick with fear. It wasn’t working. Still holding the stick out in front of him, he wasn’t sure whether to run, jump or throw up. His knees were starting to knock together.
Suddenly, the beast was within grasping distance of Timmy and without thinking, he took a swipe and caught it full in the face. The beast reeled, taking several steps back before stopping and fixing its eyes on Timmy without moving or making a sound.
A small puddle formed around Timmy’s feet. He had never been more terrified in his life.
“RAAAAAARGH!”
The beast had suddenly straightened itself up and was launching at full speed towards Timmy, its eyes burning and teeth gleaming in the moonlight. The horns were aimed straight for Timmy’s stomach and without thinking, he ran over the edge of the roof and was falling, falling, falling…
“Timmy? Timmy, wake up! You’re having a bad dream!”
… into his own bed with his mother shaking him by the shoulders. His bedcovers were wet and his pyjamas were stuck to his body. His face was a pallid white.
“Mum?”
“I’m here, sweetheart. It was just a dream, OK?”
“Yeah, sure. Just a dream…”
But after that night, Timmy slept with the light on and the stick under his bed. 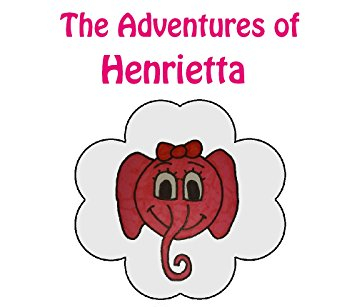